Are you aware? What will the future of the 3D animation market look like? 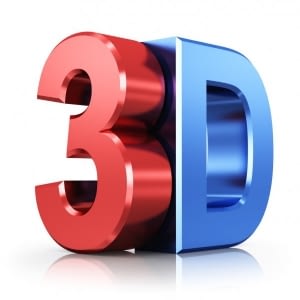 What is 3D Animation and how does it work?

3D Animation refers to moving objects that appear in three dimensions. The method of creating three-dimensional animated visuals in the digital world is known as 3D animation. Within 3D software, precise modification of 3D models or objects is performed in order to export graphic sequences with the impression of animation or motion. This, however, is entirely dependent on the technique used to modify the objects.

Modeling, layout and animation, and rendering are the three main components that make up the process of creating 3D Animation. With the careful integration of these three components, as well as a few more sub-parts, the creation process of 3D animation is effectively accomplished. The market is flooded with software that may be used to create 3D animation, ranging from pro-high variants to low-cost low-end versions.

What influence has 3D Animation made on the market?

Everyone will definitely agree that the 3D animation market is quickly increasing and has left its imprint in a variety of sectors and industries, having evolved from a niche genre for a selective handful to a massive market today. 3D Animation is increasingly growing as a part of everyone’s daily lives.
Since 3D animation initially emerged, it was mostly used to create movies. However, things have evolved through time, and it is now a powerful utility that can be utilized for a number of purposes. 3D animation is used in a variety of sectors to meet a variety of purposes.

The following are some of the industries that use 3D animation on a daily basis.

In the coming years, 3D animation will most likely become even more widespread. There are currently a number of fully CG films on the market, particularly in games and the video game industry. I’ve seen completely 3D videos for things like applications. With software prices falling, computer prices falling, and everything becoming more affordable, it will be more accessible to everyday artists.

There are existing tools out in the market that help streamline the process, but at the end of the day, you’ll still need the artist behind the job for any type of high-quality job. It’s impossible to automate everything.

3D animation is implemented in business for sales and marketing. Previously, consumers were attracted by traditional marketing, but nowadays, videos and the creation of gorgeous 3D graphics are indeed two of the numerous strategies to do so. Because of the ever-increasing needs, courses related to 3D animation are beginning to gain traction.

Whereas animation used to be limited to Cartoon shows and Disney blockbusters, but now due to 3D appearance, Animation can be seen in many sources and platforms than ever before, including news sites, social networking sites, digital advertising screens, and now animating UI elements in applications. More screens are demanding high-quality animated content, and this trend is expected to continue in the near future.