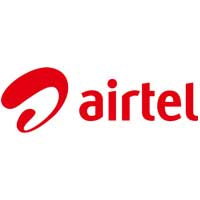 After getting tremendous response and love from the participants and people, Procam International got recognized as a premium marathon organizer all over  the world. In a bid to offer more excitement to participants, and look at the marathon every coming year, they thought of introducing a new and innovative proposal.

It all started with the Airtel Delhi Half Marathon, powered by Jet Airways. This was not only the greatest sporting event in the community but had developed a legacy going well beyond during its years of inception.

When the Airtel Delhi Half Marathon was first introduced, no one anticipated Delhi residents to accept running as a lifestyle and turn out in large numbers to set a new record year after year.

Procam International wanted its viewers and participants to get more involved with its Marathons. In a bid to achieve it they thought to introduce and showcase an animated view of the running track to its viewers. This would give the participants a fresh approach towards the Marathon, this would be a handy map for everyone which could be accessible anywhere and anytime with ease. This is where the Dream Engine Animation Studio, Mumbai came into picture, the idea of an animated track view of the Airtel Delhi Half Marathon came to life.

Our team of illustrators, 3d modellers, animators at Dream Engine Animation Studio, Mumbai started working on the idea and understanding minute details and information provided by the event company. The final outcome was an extraordinarily impressive animation video with full details of the marathon track.

Airtel Delhi Half Marathon track view’s animated video starts with giving information  about the temperature and humidity of the location along with the race start time. It also has details about the location names, the distance marking, threshold and much more.

As Airtel Delhi Half Marathon track view’s Animated video was visible to everyone it made a new impact on the minds of people and participants. It was used for live telecast, social expo, on various social media sites of the Airtel Delhi Half Marathon. This helped the participants who were running the Marathon in a great way. It gave them a complete overview of the running track which they could review and plan their run more efficiently.

Looking at  the response received by the Airtel Delhi Half Marathon track view’s Animated video made by our spontaneous team of Dream Engine Animation Studio,  Mumbai. After the success of ADHM, our Animation Studio in Mumbai was awarded projects for the animated track view video of other three marathons organised by them in India. This was put into action and before the next marathons all the track view video was up and running on social media platforms a few days before the final run.

If you’re looking out for similar animations, explainer videos, graphics and related content, feel free to contact us at +91 9967533844 or visit our services page. Our team at Dream Engine Animation Studio, Mumbai is available almost 24/7 to help you with your requirements.