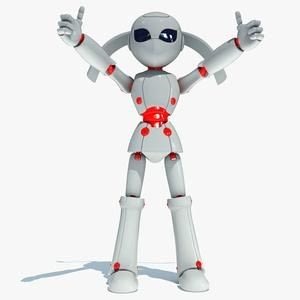 What is 3D animation?

3D animation is a technique for bringing objects and characters in games, films, and television shows to life. It can alternatively be described as a moving three-dimensional object. A 3D animation can be rotated in 360 degrees, much like a real item. 3D animation is frequently referred to as the “heart” of virtual reality and video games. It’s frequently utilized in graphic presentations to make the visualization more interesting.

Today 3D animations are being used in various service sectors as people see it as a better option compared to reading long texts and watching still pictures and many at times those traditional methods fail to explain the modern era’s complex products, games, machinery and what not.

It is known to everybody that the human brain tends to remember something better when they have watched it rather than hearing or reading the content. Therefore it can be clearly observed that 3D animation can help students and trainees to enhance their reception level. Thus it can be said that the method of animation learning can bring devastating change in the reception level of the students . Many educational industries have already adopted the method of animation learning as they have observed that the most difficult topic can be understood with reception giving students a better experience and guiding them towards a better future.

The use of animation in the advertising industry gives an astounding result. Animation is considered to be full of creativity and creativity is what advertisements demand. When animated advertisements are made it attracts customers as bees are attracted to dahlias as it can capture the audience’s imagination .

Customers are often not fond of reading long detailed directions to use the product. On the other hand, Animation adds a layer of creativity to your marketing, allowing you to reach out to a wider audience. An animated 3D demonstration of your product’s benefits could result in a higher conversion rate. Thus the marketing industry prefers to opt for the method of animation marketing.

As mentioned before, animation  is considered as the heart of the gaming industry. Finding an industry where animation is employed as widely as the game industry would be inconceivable. Because most 3D characters for games are developed with animation, it is an industry where everything is based on it. It is the foundation around which everything else in a game is built. Also, take a look at our post on 3D character modelling for the gaming industry. Texturing, lighting, and rigging are all handled by a team of graphic designers who work together to meet the needs of the clients.

These days, animation is increasingly used in the medical field. Professionals and medical students can clearly visualize the complexities of the human body as a result of this. The usage of animation in the medical area has grown throughout time. Medical animation allows you to observe features of the human anatomy that are otherwise invisible to the naked eye. As a result, surgeons can examine human body copies before doing procedures. New interns can receive effective instruction in difficult surgical methods. The intended message can be visually conveyed through 3D animation. Hospitals and other healthcare organizations have recognized the benefits of 3D medical animation and are collaborating with regenerative medicine specialists.

In the manufacturing industry, virtual models of various items are created using animations and computer models. These mechanical designs are beneficial to businesses since they allow them to save money on product development. Furthermore, they can detect and eliminate issues in models prior to the development of the final product. The use of animation in several fields is growing. These animations are projected to become more sophisticated and effective as technology advances.

The real estate and engineering industries’ marketing mechanisms have been substantially influenced by 3D animation. It is vital in architecture to communicate prospective designs to potential clients in a straightforward manner. The importance of 3d animation in architecture stems from the fact that it can be created in a short amount of time at a low cost. Furthermore, they make the process of interpreting the structure easier. In these cartoons, building companies can include every aspect of the suggested ideas. Designers are aware of the many applications of animation and incorporate them into their interior designs.

The use of animation to display creative abilities is common. Creative arts, for example, can be created as a computer course. Animation can be used in classes to get the message through using various presentations, models, and diagrams. An animator must be creative in order to create animations that are accurate representations of the real world.

The retail industry is one of the industries that has benefited the most from animation. Marketers frequently use animations to demonstrate a product to customers. 3D animation models and films can clearly communicate a product’s characteristics and benefits. The use of animation in the retail industry is rapidly increasing. Animations are used to easily display microscopic characteristics and the item from numerous angles, especially when such features are difficult to capture. When it comes to displaying product features, 3D animations are very useful.

These are only a few of the most well-known places where animation is already in use. It does, however, have a wide range of uses in other fields. The demand for professional animation service providers has increased as technology improves and advances, with some of the greatest animation software applications on the way. As a result, the need for various animated content using 2D and 3D animations has grown. The majority of the time, 3D animation is credited with the creation of excellent projects. Even if it isn’t used widely, 2D animation is nevertheless important for crafting projects. The animation sector is one that will continue to evolve through time and has a lot of promise.