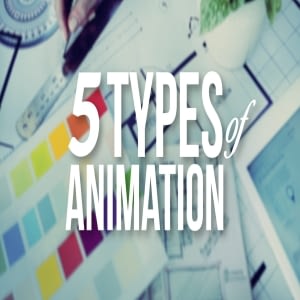 Do You know the  5 types of animation Videos which help to boost your business?

Today’s generation is well-versed in the art of animation. Animation in the form of cartoons is the first thing a child sees on television. Animation is being used in a variety of industries, not just the entertainment business. As technology progressed, animation progressed as well.

There are several varieties of animation, but the majority of them fit into one of five categories. Depending on the artist’s preferred method of creation, each has perks and downsides. Understanding the many types of animation can aid artists in deciding which path to take in the field of animation.

3D animation is the process of bringing figures, vehicles, objects, and other characters to life in TV shows, films, and video games by employing motion. To ensure that they create an animation-ready model, 3D Artists are frequently involved in numerous early parts of the VFX workflow. To give a character the proper personality qualities and motions, the Animator must ensure that whoever is designing the model accomplishes and with those things in mind. The character is given joints, skin weight, and limitations while the designing process, allowing it to move in particular ways. The model will be returned if it is not done with the demands of the Animator in mind. Clay animation, sometimes known as “claymation,” was the first 3D animation form to emerge in the early 1900s.