Which Are the Production Houses Owned By The Top Most Bollywood Celebs?Do You Know?

Here We Have listed the top 6 production houses of famous Bollywood celebs: 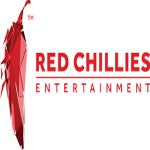 Red Chillies Entertainment was founded in 2003 by the finest actors of Bollywood, Shahrukh Khan and his wife Gauri Khan. The company provides services with Production, Visual Effects, Distribution, Marketing, Licensing, Merchandising, and Syndication of films in India and all around the globe. Sharukh Khan was initially associated with Dreamz Unlimited along with actress Juhi Chawla and director Aziz Mirza but later on, he remodeled it to Red Chillies Entertainment with his wife Gauri Khan. The first movie produced with Red Chillies was Main Hoon Na starring Sharukh Khan himself and the film was also awarded in Filmfare Awards, So their first production was a ‘super hit’. Later on, in 2005 Red Chilli VFX studio was started under the company which added their service in the making of Chak De! India, Krrish 3, Don-The Chase Begins Again, De Dana Dan, and many more blockbuster movies. Red Chillies has also been involved in the production of TV series like Asoka, Knights & Angels, Tere Mere Beach Mein, and many more. Red Chillies holds 55% of stakes in Kolkata Knight Riders of Indian Premier League and Trinbago Knight Riders of Caribbean Premier League.
Website- https://www.redchillies.com/
Address- Red Chillies Entertainments Pvt. Ltd, Backstage, Plot no. 612, Junction of Rama Krishna Mission Road & 15th Road, Santacruz (West), Mumbai-400054

Balaji Telefilms is the parent company of Balaji Motion Pictures. The production house was founded and managed by Sobha Kapoor and her daughter Ekta Kapoor in 2001. The company chairman is Jeetendra Kapoor, our former Bollywood actor. Its studio is located in Mumbai. Balaji Motion Pictures set its first foot in the film industry with the movie “ Kyo Kii… Main Jhuth Nahin Bolta” produced by Ekta Kapoor released in 2001 starring Govinda and Sushmita Sen but unfortunately, the movie didn’t do well. Later on, in 2005 they produced their first hit film “Kyaa Kool Hai Hum” which made it to the top 3 films of 2005, after that Balaji Motion picture has produced many hits like Shootout at Lokhandwala, Bhool Bhulaiya, Sarkar Raj, Once Upon a Time in  Mumbai, and there’s no end to it.
Website- http://balajitelefilms.com/movies.php
Address- C-13, Balaji House, Dalia Industrial Estate, Opposite Laxmi Industrial Estate, New Link Road, Andheri (West), Mumbai-400053 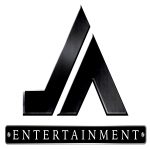 In JA Entertainment JA stands for John Abraham. As the name clearly states the production house is founded by one of the great actors John Abraham. JA Entertainment has given 2 hit movies since its establishment which are “Vicky Donor” in 2012 and “Batla House” in 2019. Other than this the production has its involvement in 5 movies which are Madras Cafe, Parmanu, Rocky Handsome, Force 2, and Savita Damodar Paranjpe. The production house has also listed their 3 new upcoming films which are Attack, Satra Ko Shaadi Hai, and Sardar Ka Grandson.JA Entertainment also works with advertisements, some of them are Nikon, Philips, Tupperware, and many more.
Website- http://www.jaent.in/
Address- 31 Greenacre, Union Park Rd Number 5, Union Park, Khar West, Mumbai-400052. 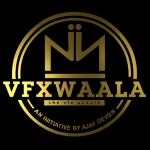 NY VFXWAALA is a VFX studio set up by the most renowned Bollywood actor Ajay Devgan. He established this company with two of the most well-known Indian VFX Experts, Naveen Paul and Vasant Sutar. It is the only Indian VFX studio to receive an AFA award for Bajirao Mastani. The studio has also won 64th National Award for Shivaay, all of which within 3 years of its establishment. NY VFXWAALA has added on to NY DI-WAALA by providing all Digital Intermediates like Post Production, VFX, Animation, etc. With the view of providing all services to their clients under one roof, NY DI-WAAlA has added many more fascinating services.
Website- https://www.nyvfxwaala.com/#NaN
Address- A-101 Paradigm Towers, Goregaon MindSpace, Link Road, Malad West, Mumbai-400064 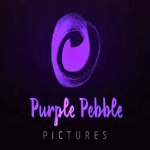 Actress Priyanka Chopra established this company to produce small budget films and promote fresh talented Writers, Actors, Directors, and Technicians. Started in march 2015 the company released its first project of the series Its My city in 2016. After that, the company stepped its foot in the world of Bhojpuri films with the film  Bam Bam Bol Raha Hai Kashi which was also released in 2016. During the year 2016 Purple Pebble Pictures produced a super hit comedy-drama Ventilator which won tons of awards including 3 National Awards. Priyanka Chopra Says “I want to work with new talent. I want to do small films with new directors, new writers, and new actors. I know that getting a foothold in the industry is tough and what a struggle it is. I will produce all kinds of regional cinema as well. I have always maintained that promoting regional cinema is important.” The company has also listed many upcoming films from different religions in India.
Website- http://www.purplepebblepictures.com/
Address- Home Worth, #2 Apartment 400056, Cross Rd Number 7, Gulmohar Road, JVPD Scheme, Vile Parle West, Mumbai-400049 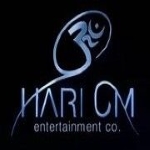